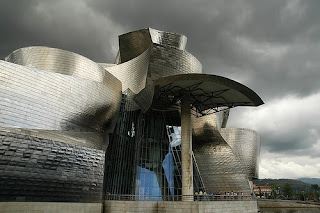 Image Source: http://rodcorp.typepad.com/rodcorp/2004/04/how_simply_and_.html
The Guggenheim Museum located in Bilbao Spain presents an expressionist modernist style within an urban context, of a temperate climate. Designed by Frank Gehry, this art museum originally opened on the 19 October 1997, portraying a curvilinear free form sculpture, constructed upon a steel frame covered by titanium sheathing (1). Frank Gehry portrayed his unique biomorphous form developed from cubist dismemberment of geometric bodies to the Guggenheim Bilbao Museoaren Fundazioa clients with the intent of conveying an architectural landmark while intending to redevelop the Basque metropolis away from social unease and economical downturn (4). 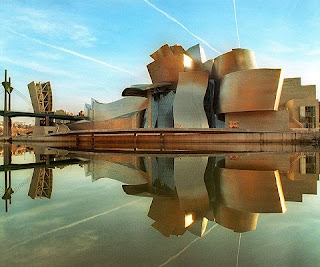 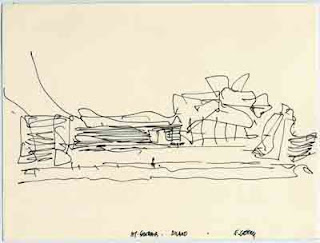 Image Source: http://www.id-mag.com/ArticleSearch/?category=news-articles&orderby=title&orderdir=asc&p_nStart=51
Bilbao is positioned in the Bay of Biscay of Northern Spain, once one of Spain’s most important ports, home to the countries manufacturing, commerce and shipping centres. Overall the buildings present 24,290m2 of space, upon which 10,560m2 is reserved for exhibitions over three floors interconnected by glass elevators and suspended walkways (4). 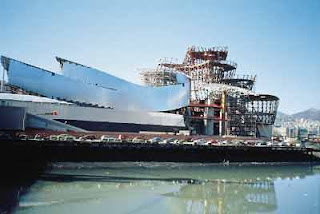 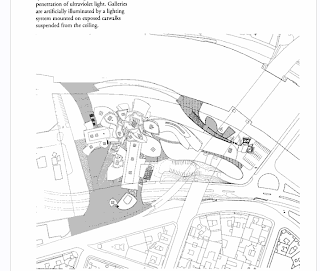 The Guggenheim’s site is located on the Nervion River, as Frank Gehry’s design proposal identified an interconnection between Spain and the Guggenheim’s legacy. The overall construction was completed within four years, while one is able to identify particular design influences, such as the glass atrium, inspired by Frank Lloyd Wright’s rotunda of the New York Guggenheim or the largest of the gallery spaces inspired by the cities transverse Puente de La Salve Bridge (2). Through the museums natural components Gehry interconnects the visitors experience with the outdoors through such features as the large glass walls and titanium elements which reflects that of the scales of a fish (3). The overall structure appears to alter throughout time due to the manner in which matter is focused upon the heterogeneous topography without distorting the aesthetical distance, alluding to movement, growth and dynamism. In the concluding we identify that the individual perception is one of a Basque world view regarding international capital and culture (4). 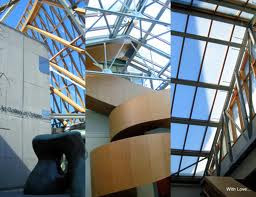 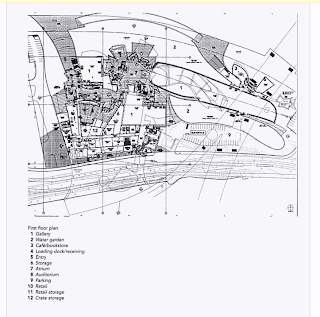 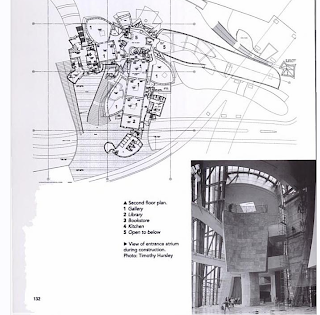 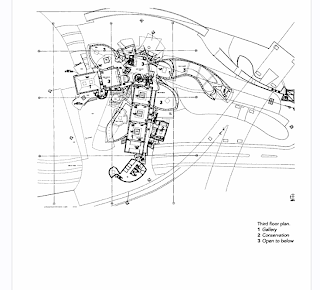 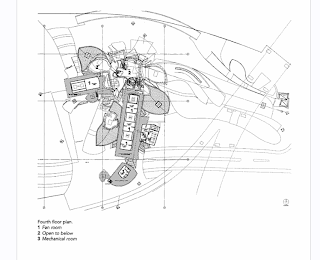